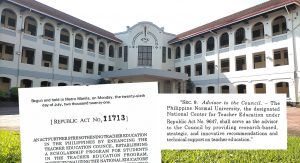 The Philippine Normal University’s role as the premier university in teacher education will be further solidified with the signing of Republic Act 11713 or the Excellence in Teacher Education Act.

RA 11713 named PNU as the advisor to the Teacher Education Council (TEC), owing to its designation as National Center for Teacher Education under RA 9647. President Rodrigo R. Duterte signed the new law on 27 April 2022.

Section 9 of RA 11713 states that “the Philippine Normal University, the designated National Center for Teacher Education under Republic Act 9647, shall serve as the advisor to the Council by providing research-based, strategic, and innovative recommendations and technical support on teacher education.”

RA 11713 is set to strengthen the TEC , which will now have the powers to “mandate the minimum requirements for teacher education programs and monitor and quality assure compliance therewith”; “uphold and maintain the integrity of the professional standards for teachers and school leaders”; and “establish policies to implement a system of recognition affirming the career stages achieved by basic education teachers and school leaders based on professional standards, and institute and maintain a pool of national assessors for such recognition,” among others.

At the conclusion of the period of interpellations for Senate Bill No. 2152  on 4 August 2021, Senator Sherwin Gatchalian—chair of the Senate Committee on Basic Education, Arts, and Culture, and principal author of the bill—acknowledged the role of PNU in pushing for the said reform. 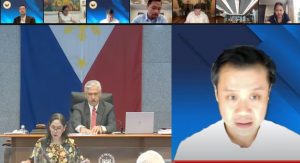 Sen. Win Gatchalian at the Senate session on 4 August 2021

“Let me just thank various stakeholders and put emphasis on the Philippine Normal University who spearheaded the passage of this bill. It started when they explained to the Office of the President the grave issues surrounding our teachers and teacher education, and then that explanation went to various consultations. At the end, they crafted the legislation that is needed in order to make sure that our teachers are put in focus,” said Sen. Gatchalian, chair of the Senate Committee on Basic Education, Arts, and Culture, and principal author of the proposed Senate bill.

During the ratification of the bicameral conference committee report on the unified version of House Bill 10301 and Senate Bill 2152 in January 2022, Sen. Gatchalian thanked PNU and RCTQ “for helping craft the Excellence in Teacher Education Act.”

Sen. Joel Villanueva, co-author of the bill, had spoken publicly on the role that PNU plays in legislating education policies.

During his speech as Guest of Honor and Speaker at PNU’s 113th Commencement Exercises on 16 July 2021, Sen. Joel Villanueva—chairman of the Senate Committee on Higher, and Technical and Vocational Education—highlighted the critical role that PNU plays in legislating education policies as exemplified by the TEC reform bill.

He said that if the future of Philippine education “is a matter of public interest and concern, then the development of such an agenda is too important to be left in the hands of policymakers alone.” PNU, he said, as the National Center for Teacher Education and as a research institution, “can and must play a crucial role in crafting a research-and-science-based education policies.”

Sen. Villanueva during the PNU Commencement Exercises on 16 July 2021

“Sa pinagsanib na pwersa nina Dr. Gina Gonong at Dr. Jennie Jocson, may parating na malaking reporma at development para sa mga teachers sa bansa (With the combined expertise of Dr. Gina Gonong and Dr. Jennie Jocson, we will have a great teacher development reform happening soon in the country),” Sen. Villanueva said, positively predicting the passage of the proposed bill. Dr. Gonong, Director of RCTQ, and Dr. Jocson, PNU Vice President for Academics, were among the resource persons during the series of committee and technical working group (TWG) meetings for the proposed bill. They were also part of the Technical Working Group for Teacher Quality (TWG-TQ) chaired by Cabinet Secretary Karlo Nograles that drafted recommendations for strengthening teacher quality in the country.

In his co-sponsorship speech for Senate Bill No. 2152 on 17 May 2021, Sen. Villanueva acknowledged the research work of RCTQ and how it contributed to the development of the TEC reform bill. 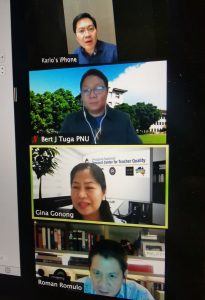 PNU was among those that strongly pushed for the bill from the day it was filed in the Senate and House of Representatives. In its position paper signed by President Bert J. Tuga and issued during one of the House committee hearings in 2020, PNU said it “envisions a body that has oversight of policy and standards for all matters relating to teachers and teacher education.

The statement further said: “It recognizes, however, that the TEC can only be successful if it harmonizes its role in the ecosystem of education agencies. In particular, PNU supports the TEC to set out policies, develop and maintain standards and minimum requirements for teacher education, as well as monitor and quality assure processes for teachers, school leaders, and TEIs. PNU likewise recognizes the functions and capacities of other education agencies (e.g., DepEd, CHED) to implement policies and standards in teacher education that will be developed by the TEC.”

A strengthened TEC, the statement added, “can meet emerging challenges to quality education, and provide a national leadership for promoting excellence so that teachers and school leaders, as well as Teacher Education Institutions (TEIs), have the maximum impact on student learning in all Philippine schools.”

At the approval of the bicameral conference committee report on the unified version of the two bills, Dr. Bert Tuga hailed the ratification of the harmonized version as a great step towards the future of teacher education and teacher quality.

“A strengthened TEC will ensure that teacher education programs across the country are responsive to the needs of DepEd, aligned with international standards, and truly contribute to the improvement of the quality of basic education in our schools,” Dr. Tuga said.

https://www.rctq.ph/?p=36292022-04-30T18:28:36+00:00AdminNewsPhilippine Normal University,Teacher Education Council,TWG-TQ
The Philippine Normal University’s role as the premier university in teacher education will be further solidified with the signing of Republic Act 11713 or the Excellence in Teacher Education Act. RA 11713 named PNU as the advisor to the Teacher Education Council (TEC), owing to its designation as National Center...
Admin yana.ad@pnu.edu.phAdministratorResearch Center for Teacher Quality (RCTQ) 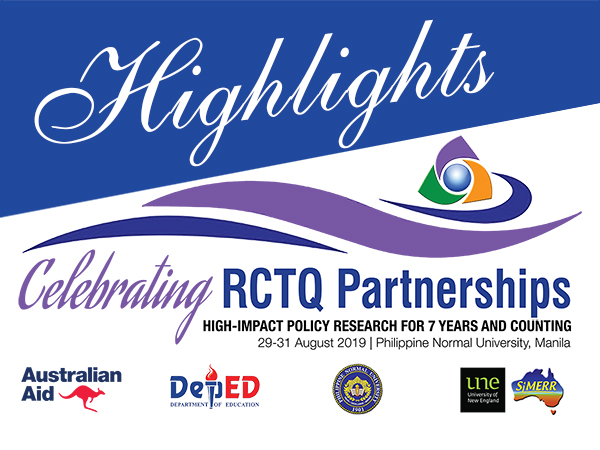