Home » Feature » You are reading » 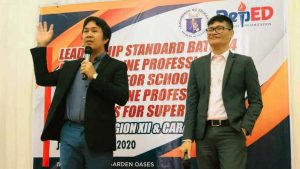 Dr. Filmore Caballero admits that when he first became a school head in 2005, he struggled to comprehend his new role.

“While I celebrated being promoted as a school principal for the first time, I felt I did not have enough preparation to fully understand my job, even if I passed the National Qualifying Examination for School Heads and secured all the necessary academic qualifications,” shared Dr. Caballero. “I read the necessary documents, but they were not enough to give me the confidence to do my new role.”

“I had a difficult time starting out as a school head,” recalled Dr Caballero, who was first assigned at the Vicente P. Trinidad National High School in Valenzuela City before becoming Principal IV of the Valenzuela National High School. He is currently the Chief Education Supervisor of the Curriculum Implementation Division of the Schools Division Office (SDO) of Valenzuela City after serving as a school head for 15 years.

“As a neophyte principal, I remember not being sure about managing the funds given to our school. I had to read about issuances on procurement disbursement and even liquidation. I struggled with records management. I wish there was some form of induction or well-defined standards that we could follow for school heads at that time,” said Dr. Caballero. 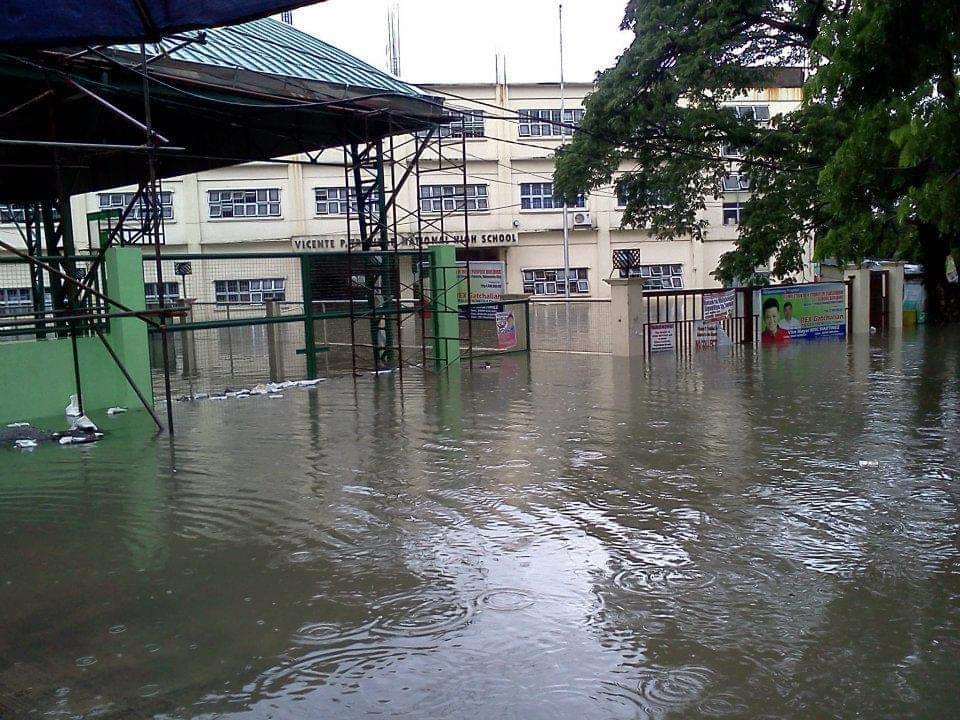 Dr. Caballero’s former school, Vicente P. Trinidad National High School in Valenzuela City, was one of those badly affected by the Tropical Storm Ondoy in 2009.  Photo by Filmore Caballero

He furthered shared: “I remember during the Tropical Storm Ondoy in 2009—the Vicente P. Trinidad National High School—where I served as school principal at that time, was heavily flooded and many of our school facilities were damaged. I had sleepless nights thinking about how to continue our classes despite the calamity. I called for an emergency meeting with my department heads where we developed a strategy for learning continuity. Through the help of parents and barangay officials, we created makeshift classrooms in the barangay covered court.”

“School heads can now discern on their expected professional practice better now that we have the Philippine Professional Standards for School Heads (PPSSH),” said Dr. Caballero.

The PPSSH has five domains which sets out specific indicators for school heads depending on their career stages. The domain ‘Managing School Operations and Resources’ guides school heads in managing systems and processes in their schools including a strand on ‘school safety for disaster preparedness, mitigation and resiliency.’ It also has a domain on ‘Building Connections,’ which guides school heads in engaging stakeholders in initiatives towards the improvement of school communities.

As a DepEd supervisor now, Dr. Caballero is grateful that, unlike the time he was starting as a school head, there is now the Philippine Professional Standards for Supervisors (PPSS) that will guide him in his new assignment.

“Supervisors will now have realistic expectations of our roles with the issuance of the PPSS,” said Dr. Caballero, who was promoted as Chief Education Supervisor at SDO Valenzuela City this year after serving as Principal IV at the Valenzuela National High School.

“The PPSS reminds us that we are expected to manage emergencies such as typhoons or even a health pandemic,” he said.

Dr. Enerio Ebisa—Principal IV of Tambo Central School in Iligan City, Lanao del Norte—shared a similar story. Before his current school, he was the school principal at the Doña Juana A. Lluch Memorial Central School, also in Iligan City, when the Marawi Siege happened in 2017. The five-month-long armed conflict displaced thousands of learners from Marawi City, and forced them to move to neighboring towns including Iligan City. 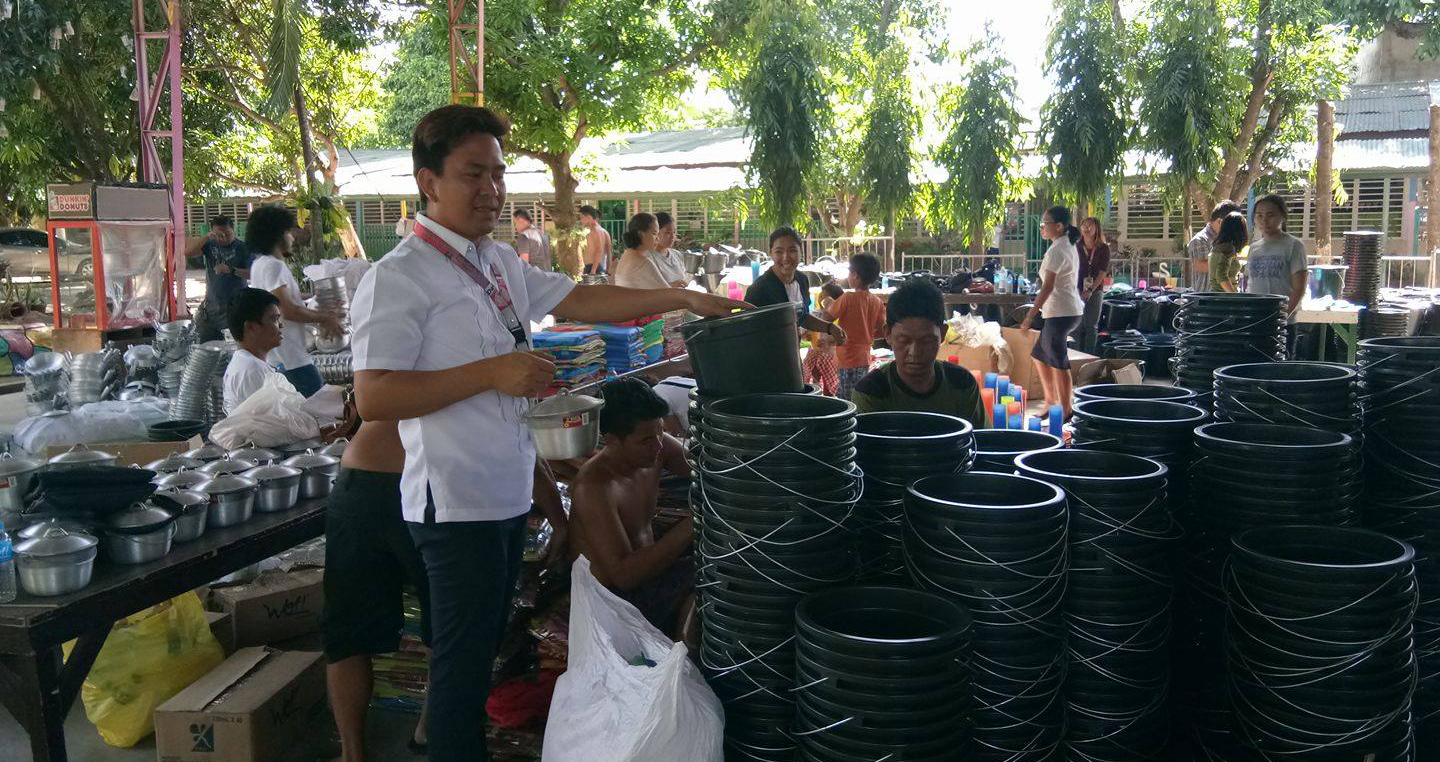 Dr. Ebisa attends to the distribution of relief goods at the Doña Juana A. Lluch Memorial Central School in Iligan City during the Marawi siege in 2017. Photo by Enerio Ebisa

“Our school became the storage area for donations from the DepEd central office where we experienced challenges in the distribution. This was on top of the increase in our enrollment rate because of the influx of learners from Marawi. We simply had no system for managing emergencies like this.” Dr Ebisa shared.

The PPSSH, Dr. Ebisa said, will not only serve as their anchor for future emergencies, but will also standardize their work across all public schools.

“The PPSSH gives us a common language on school leadership, and guides us in understanding our professional development needs so we can succeed in our practice,” said Dr. Ebisa, who was once awarded as the Metrobank Foundation Outstanding Filipino Teacher in 2014.

Meanwhile, Dr. Caballero believes that “if we continue to cultivate the abilities of school leaders by guiding them in their respective roles so that they can fully support teachers, attaining the desired learning outcomes for our learners can be better facilitated.” 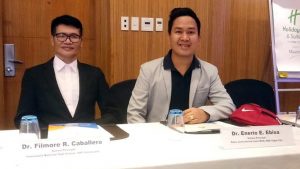 RCTQ worked with the Bureau of Human Resource and Organizational Development (BHROD) and the National Educators Academy of the Philippines (NEAP) in the development and validation of the standards and their respective policies since 2018. (Arvin Yana/RCTQ)

https://www.rctq.ph/?p=19792020-10-30T16:12:58+00:00AdminFeaturePPSS,PPSSH
Dr. Filmore Caballero admits that when he first became a school head in 2005, he struggled to comprehend his new role. “While I celebrated being promoted as a school principal for the first time, I felt I did not have enough preparation to fully understand my job, even if I...
Admin yana.ad@pnu.edu.phAdministratorResearch Center for Teacher Quality (RCTQ)

Insights on the PPSSH and PPSS